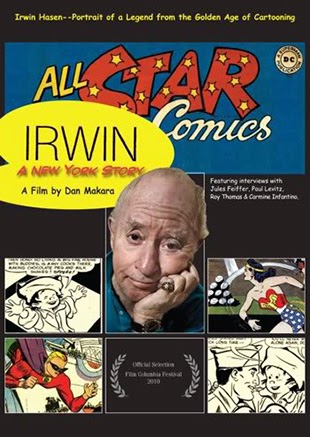 Join us for a screening of the documentary "Irwin: A New York Story", directed by Dan Makara. The film follows the life of Irwin Hasen, a 96-year-old comic book creator and strip artist, as he shares his memories of childhood and the Golden Age of Comics.

The film will be followed with a panel discussion led by Ed Steckley and includes Hy Eisman, Al Jaffee, Karen Green, and Arnold Roth.