This past Wednesday, September 25th, was the National Cartoonist Society Manhattan Chapter's September happy-hour gathering at the Society of Illustrators, coinciding with the opening reception for Peter Kuper's "Drawn to New York" exhibit. Peter was on hand to meet admirers and sign copies of his numerous books. I was fortunate enough to be introduced to Peter by Columbia University's Karen Green, also in attendance, and we talked about comics, Brooklyn, and Nobrow. 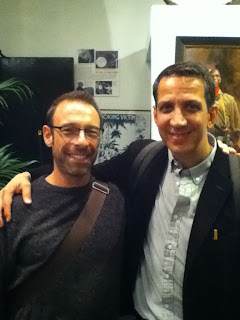 Also on display in the dining room was a wide selection of work by illustrator Gregory Manchess. Awarded for both mainstream and SF&F illustration, his oil paintings have been showcased for numerous books and magazines such as Omni, and Rolling Stone as well as covers for Atlantic Monthly, Time, and National Geographic.  His portrait of Mark Twain was featured on a Forever Stamp for the USPS. I had the opportunity of meeting Gregory a year or two ago when we both contributed illustrations for Under the Moons of Mars, a collection based on Edgar Rice Burroughs' John Carter stories. We discussed his upcoming [SOLD OUT!] lecture at the Society this coming Friday, September 27th, and what great places the Society, and NYC in general, are. 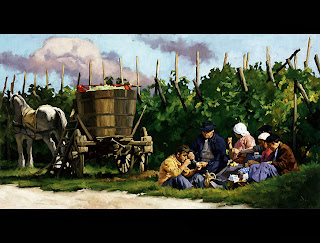 Mostly, it was an evening of food, drink and conversation. Cartoonist Marc Bilgrey and I talked about our recent work, Ray Alma spoke briefly about some of his latest excursions with the USO, and I had an interesting conversation with the inimitable Arnold Roth about numerous subjects including some of the history of the ACE (Amateur Cartoonist Extraordinary) Awards and Milton Caniff and his work. Danny Fingeroth and Al Jaffee were also there to share a few tales. Cartoonist Gregory Benton, a former assistant of Peter Kuper's, introduced me to his friend, artist/writer Scott Cunningham. We discussed home studios, cats, Archie Comics, and I broke a glass using only the power of my mind (and an errant elbow.) 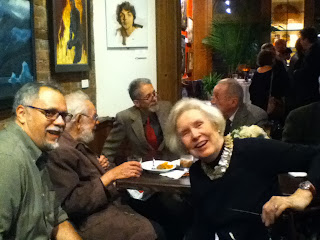 As always, a fun and illuminating time! (Sorry about the glass!)


It's time for the September

This month marks the return of our regular happy hours,  at the fabulous Society of Illustrators!


If you plan on coming, please click here to RSVP me, or email, ed@edsteckley.com so I can give the the Society of head count.
Hope to see you there!


Half Full  debuts today on GoComics.com!

Strip Summary:
Hall Full gives a unique and intelligent insight to the truths and trials of everyday life.
From airline travel to social media, couples therapy or house hunting, it’s not always easy to see the bright side but if you
wait long enough, there might be something to laugh about.
Creator Bio:
Maria’s work appears in a wide variety of publications including MAD
Magazine, Parade Magazine, Prospect Magazine (UK), Salon.com,
Mashable.com, Funny Times and Yoga Chicago Magazine.
Her artwork is also licensed with NobleWorks Cards, American Greetings and CheckAdvantage.
Maria is a member of the National Cartoonists Society.

Maria is a member of the Connecticut chapter, but she's a regular at our NYC happy hours.  This is a well deserved honor, as she's a super talented and hard working and driven cartoonist.

Michael Kandalaft, Friend of the Manhattan NCS and Connecticut Chapter Member, has been writing and drawing "That Monkey Tune" since 2006 when he launched the strip as a webcomic. In 2010, "TMT" started appearing in newspapers, through which it now reaches over 250,000 daily readers nationwide. Now, Kandalaft reaches yet another milestone as the strip launches at GoComics.com.

GoComics.com is the web's largest catalog of syndicated newspaper strips and web comics, offering new, fresh and free content every day. Classic and iconic cartoons include Peanuts, Calvin and Hobbes, Garfield, Ziggy and Dilbert. Recent successes include FoxTrot, Get Fuzzy, Pearls Before Swine, The Argyle Sweater, The Boondocks and Cul De Sac. Readers can choose between free or paid subscriptions and have their favorite comics delivered daily via email.

"That Monkey Tune" is a daily comic strip for all ages about cute, funny, and lovable monkeys. Featuring Elliot - the emotional, fun-loving, and full-of-smiles 6-year-old little monkey; and Beagly - the intellectual, logical, patient monkey who is wise beyond his 8 years of age. When these monkeys arent' at odds with each other, they are making us laugh as they romp through the world around them with enough energy, innocence, and rambunctiousness to make your day!

The Manhattan NCS sends a hearty CONGRATULATIONS Michael's way, and wishes him and his monkeys continued success!

CLICK HERE TO READ "THAT MONKEY TUNE" AT GOCOMICS.COM

Posted by Mike Cavallaro at 5:52 PM No comments: