and we sit and reflect back on the weekend that was. 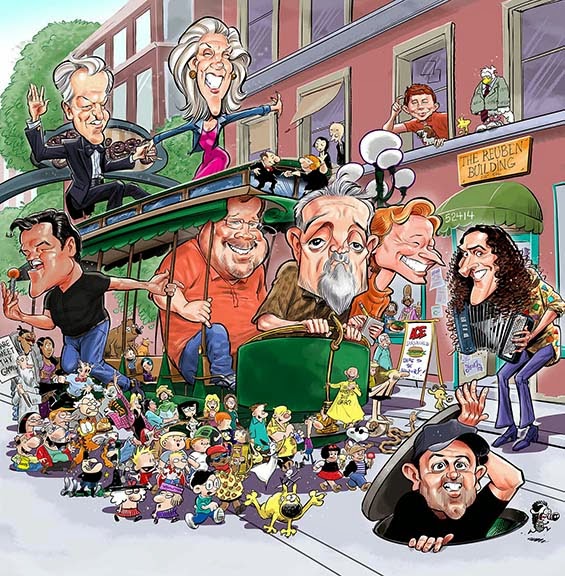 Official art for the Reubens ceremony by Ed Steckley

We had two members nominated this year, Bob Eckstein had not one but two nominations, and our own Isabella Bannerman, accompanied by her two delightful sisters, took home the hardware for Best Newspaper Comic Strip last Memorial Day weekend at the Reubens!  Way to go Bob and Isabella!

Click on the strip to see more of Isabella and the rest of the Six Chicks comics!

And the Award Goes To...

Cartoonist Wiley Miller, creator of the "Non Sequitur" strip, wins the National Cartoonists Society’s 2014 Reuben Award for Outstanding Cartoonist of the Year. More about Mr. Miller, the award, and the ceremony HERE.
Posted by Mike Cavallaro at 12:15 AM No comments: