Recap of the 2013 ManhattanNCS Holiday Party!

The 2013 Holiday Party has come and gone,

and we have the pictures to prove it!


Friday December 6th was the big holiday extravaganza at the Society of Illustrators in Manhattan, and I'm happy to say, it was a tremendous success.

It was close to a capacity crowd on the 3rd floor of the Society, as people packed in to share in the holiday cheer and help celebrate the return of the fabulous NCS ACE Awards after a 15 year hiatus!
(All photos by Maria Scrivan, unless otherwise noted) 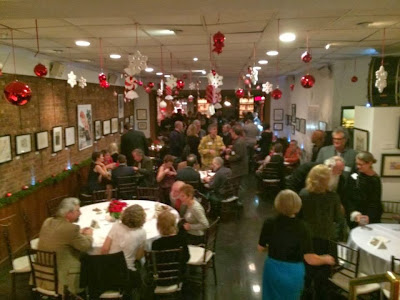 Early in the evening, the room starts to fill up.  Photo by Ed Steckley 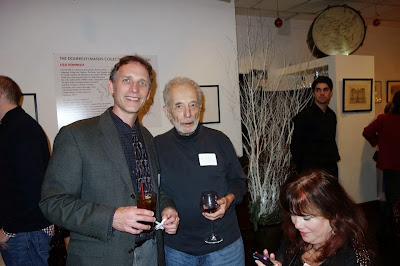 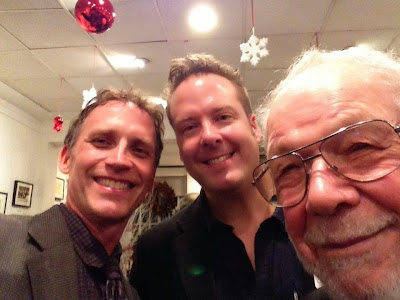 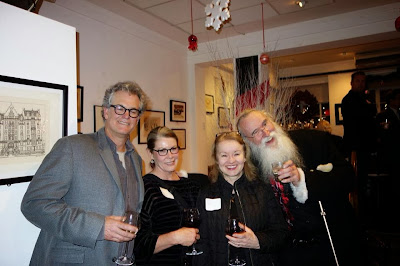 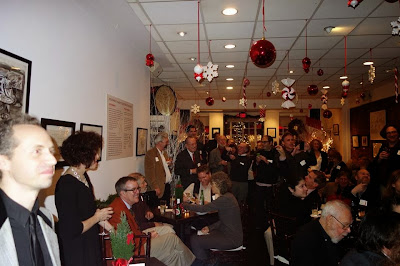 The room fills up.

The guest of honor was legendary TV personality Al Roker, who graced the crowd with charming stories and impromptu drawing, and a hilarious and heartfelt speech about his love of cartoons, drawing, and appreciation for the Amateur Cartoonist Extraordinaire award. 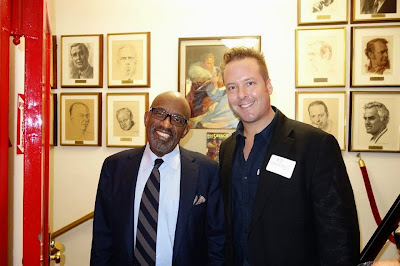 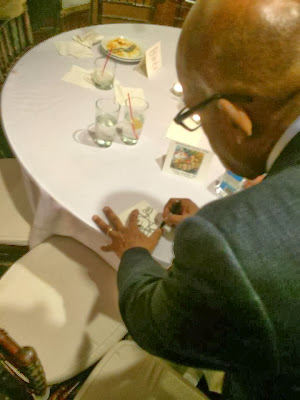 Al does some drawing.

Food, drinks and merriment abound, as NCS members (and some non) from around the country came out to celebrate with us.  Chapters from as far as LA were represented, as people flew in for the party and spent the holiday weekend in NYC.  Off the top of my head, I can say with certainty that along with the Burndt Toast Gang from Long Island, Los Angeles and the Connecticut chapter, the SouthEast chapter, Pittsburgh, Philly and New England were also represented!  And, All proceeds from the event are going to the InkWell Foundation. 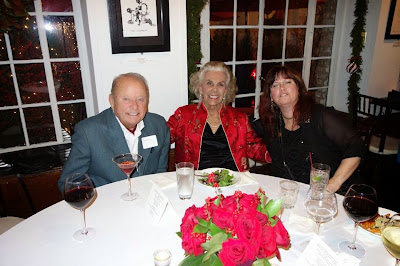 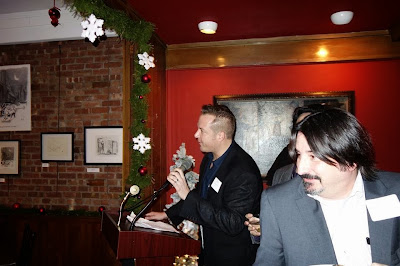 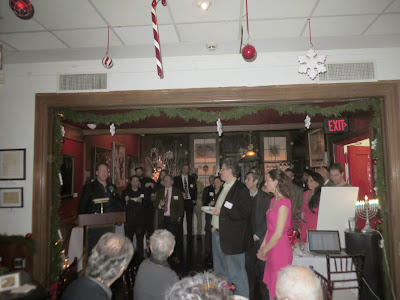 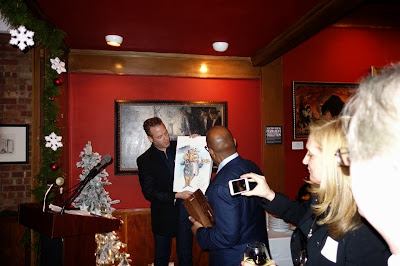 In addition to a nifty plaque, Ed presents Al with a watercolor caricature. 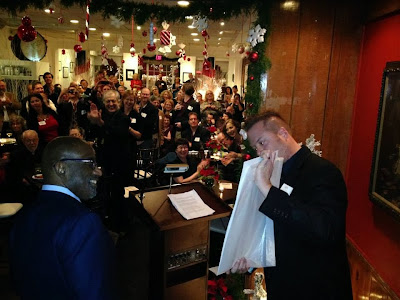 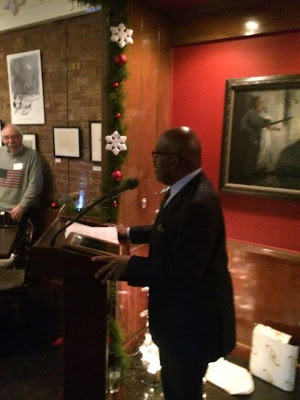 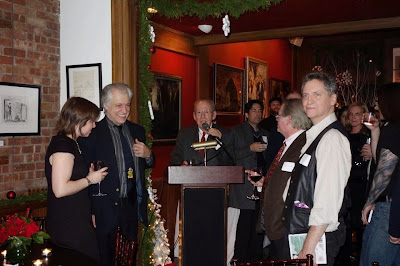 Arnold Roth took the podium near the end of the night and had people rolling in the aisles. 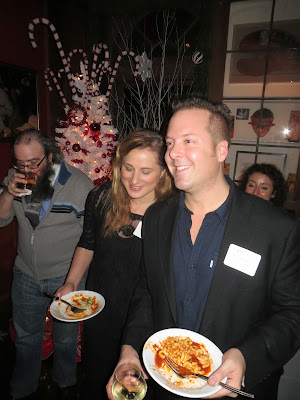 
If you're looking to plan ahead, mark the first Saturday of December, the 6th, 2014 as the next holiday bash put on by the ManhattanNCS!  (Too soon??)

Posted by Steckley at 9:57 PM No comments: